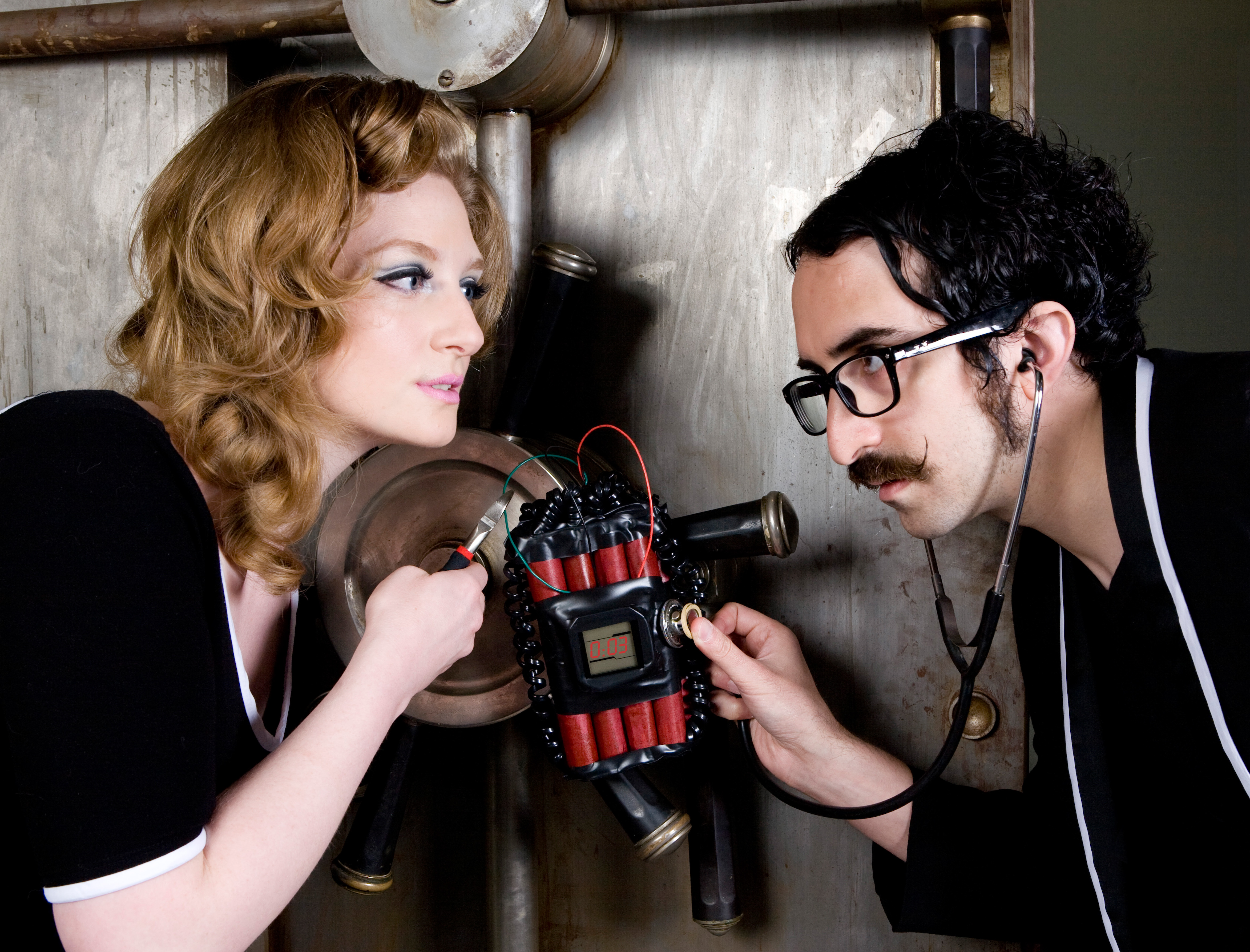 Do Not Forsake Me Oh My Darling is Sophia Cacciola on drums/vocals and Michael J. Epstein on bass. The band started in Boston, but is now Los Angeles based. The songs are all inspired by the '60s cult spy-fi TV show The Prisoner. We're loud, arty, minimalist rock working in the realm of proto-punk/new wave/no wave bands and dark songwriters like Joy Division, Einsturzende Neubauten, The Velvet Underground, Sonic Youth, Diamanda Galás, Nina Hagen, Teenage Jesus and the Jerks, Nick Cave and the Bad Seeds, PJ Harvey, and Leonard Cohen.

The band name Do Not Forsake Me Oh My Darling is also taken from the title of an episode of The Prisoner - which in turn was taken from the refrain of the theme song to the movie High Noon. The song and film are about honor, moral obligation, fear, and death. The Prisoner is an allegorical science fiction show about breaking free from societal norms and maintaining individuality under the thumb of faceless hierarchy and big-brother style totalitarianism.  We thought these were interesting and always-relevant themes to work with, and of course, particularly compelling in the modern political climate.

Select Accolades:
TIME #6 Most Creative video of the Year 2011 (for Episode 1: Arrival)